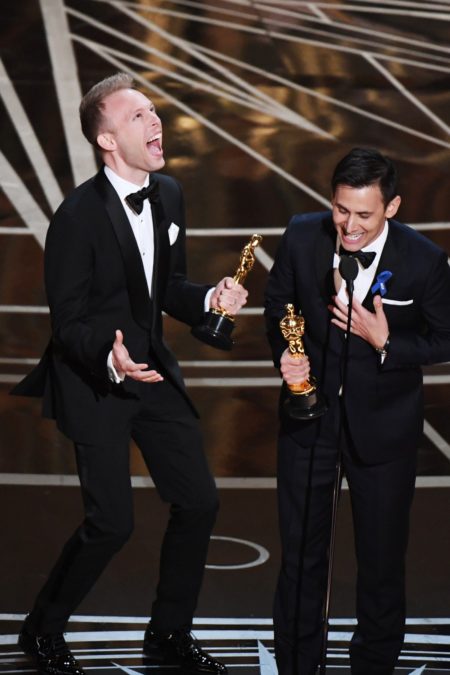 And the Winner Is…Broadway! Pasek & Paul & More Win Big at the Oscars

Viola Davis received her first Oscar for reprising her Tony-winning performance in August Wilson’s Fences; she took home the statue for Best Supporting Actress and delivered a speech that is sure to be quoted for years to come. “Viola Davis just got nominated for an Emmy for that speech,” host Jimmy Kimmel joked.

One of the best Broadway nods for theater nerds at this year's Oscars? During the presentation of the award for Film Editing (which went to Hacksaw Ridge), Seth Rogen and Michael J. Fox sang a snippet of “The Schuyler Sisters” from Hamilton, to the delight of Oscar nominee Lin-Manuel Miranda. We're not sure if we'll see Rogen donning King George's robes anytime soon, but what we are sure of is this: Broadway can run with Hollywood's big boys.