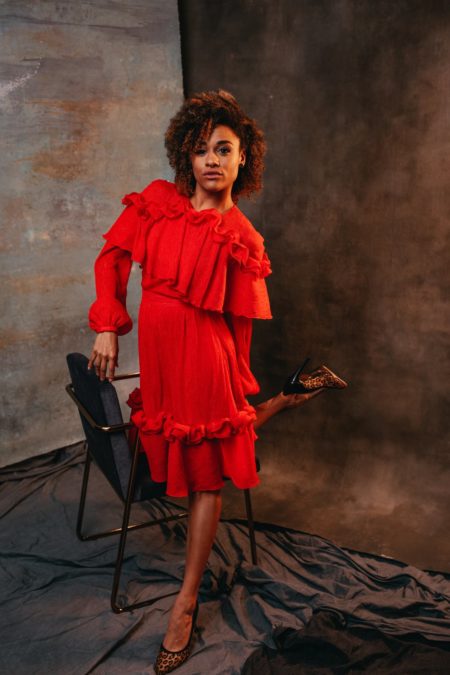 This just might be the news of the day! Tony-nominated Summer star and Hamilton original cast member Ariana DeBose has been cast as the fiery Anita in Tony Kushner and Steven Spielberg's upcoming West Side Story remake. David Alvarez, a Tony winner for Billy Elliot, has landed the role of Bernardo, with Rachel Zegler as Maria and Josh Andrés Rivera as Chino, according to Deadline. They join the previously announced Ansel Elgort as Tony.

As previously reported, Tony and Pulitzer Prize winner Kushner has written the adaptation of the 1957 musical originally written by Arthur Laurents and Stephen Sondheim with music by Leonard Bernstein, and concept, direction and choreography by Jerome Robbins. 2018 Tony Award winner Justin Peck (Carousel) will choreograph the film.

Based on Shakespeare's Romeo and Juliet, the 1957 musical was previously adapted into a 1961 film, directed by Jerome Robbins and Robert Wise, which won 10 Academy Awards, including Best Picture. Richard Beymer and Natalie Wood played young lovers Tony and Maria, while co-stars George Chakiris and Rita Moreno won Oscars as Bernardo and Anita.

Filming of the new West Side Story, produced and directed by Spielberg, Kristie Macosko Krieger and Broadway's Kevin McCollum (In the Heights, Avenue Q, Rent), is scheduled to start this summer.

An unrelated stage revival of West Side Story, directed by Tony winner Ivo van Hove and choreographed by Anne Teresa De Keersmaeker, is slated to premiere on Broadway in December of this year.