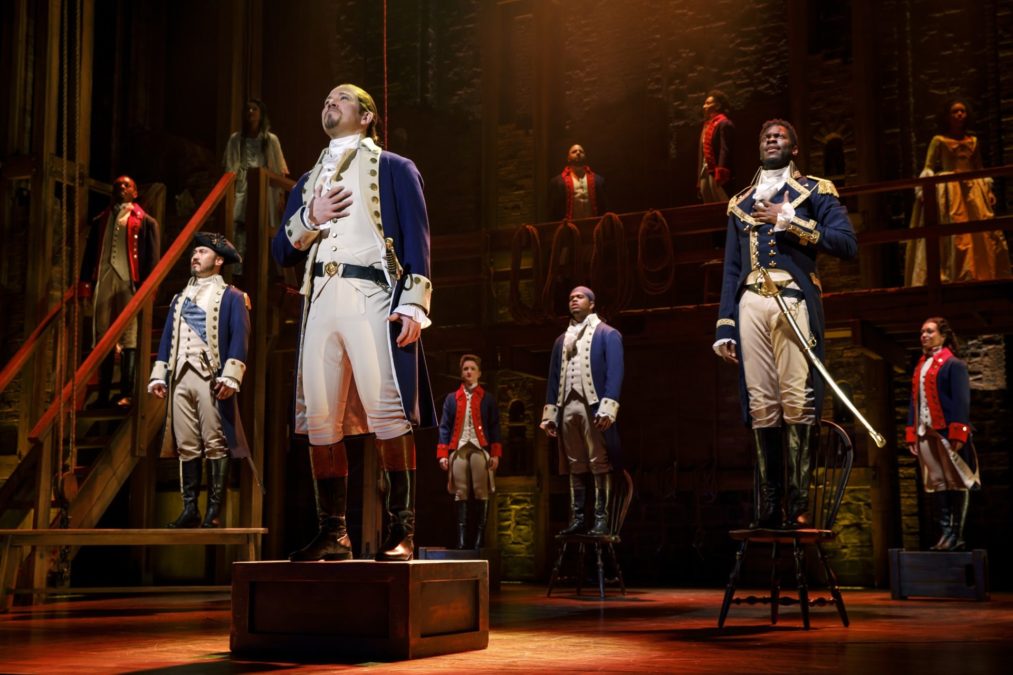 The biggest hits on Broadway are headed to Calgary as part of the just-announced Broadway Across Canada 2020-21 season!

Learn more about all of the exciting Broadway shows headed to Calgary below:

An album that inspired a revolution. A revelation that changed the world. A reinvention for this millennium. Jesus Christ Superstar is an iconic musical phenomenon with a world-wide fan base. In celebration of its 50th anniversary, a new mesmerizing production comes to North America. Originally staged by London’s Regent’s Park Open Air Theatre and helmed by the acclaimed director Timothy Sheader (Crazy for You, Into the Woods) and award-winning choreographer Drew McOnie (King Kong, Strictly Ballroom), this production won the 2017 Olivier Award for Best Musical Revival garnering unprecedented reviews and accolades. Appealing to both theater audiences and concert music fans, this production pays tribute to the historic 1971 Billboard Album of the Year while creating a modern, theatrical world that is uniquely fresh and inspiring.

Inspired by the beloved films, the romantic and adventure-filled new musical Anastasia is on a journey to you at last! From the Tony Award-winning creators of the Broadway classic Ragtime, this dazzling show transports us from the twilight of the Russian Empire to the euphoria of Paris in the 1920s, as a brave young woman sets out to discover the mystery of her past. Pursued by a ruthless Soviet officer determined to silence her, Anya enlists the aid of a dashing conman and a lovable ex-aristocrat. Together, they embark on an epic adventure to help her find home, love, and family. Anastasia features a book by celebrated playwright Terrence McNally, a lush new score by Stephen Flaherty and Lynn Ahrens, with direction by Tony Award winner Darko Tresnjak.

Broadway’s Come From Away is a Best Musical winner all across North America! This New York Times Critics’ Pick takes you into the heart of the remarkable true story of 7,000 stranded passengers and the small town in Newfoundland that welcomed them. Cultures clashed and nerves ran high, but uneasiness turned into trust, music soared into the night, and gratitude grew into enduring friendships. Don’t miss this breathtaking new musical written by Tony nominees Irene Sankoff and David Hein, and helmed by Tony-winning Best Director Christopher Ashley. Newsweek cheers, “It takes you to a place you never want to leave!” On 9/11, the world stopped. On 9/12, their stories moved us all.

Hamilton is the story of America then, told by America now. Featuring a score that blends hip-hop, jazz, R&B, and Broadway, Hamilton has taken the story of American founding father Alexander Hamilton and created a revolutionary moment in theatre—a musical that has had a profound impact on culture, politics, and education. With book, music, and lyrics by Lin-Manuel Miranda, direction by Thomas Kail, choreography by Andy Blankenbuehler, and musical supervision and orchestrations by Alex Lacamoire, Hamilton is based on Ron Chernow’s acclaimed biography. It has won Tony, Grammy, and Olivier Awards, the Pulitzer Prize for Drama, and an unprecedented special citation from the Kennedy Center Honors. The Hamilton creative team previously collaborated on the 2008 Tony Award-winning Best Musical In the Heights.

For more information about the series and the benefits of being a subscriber, click here.