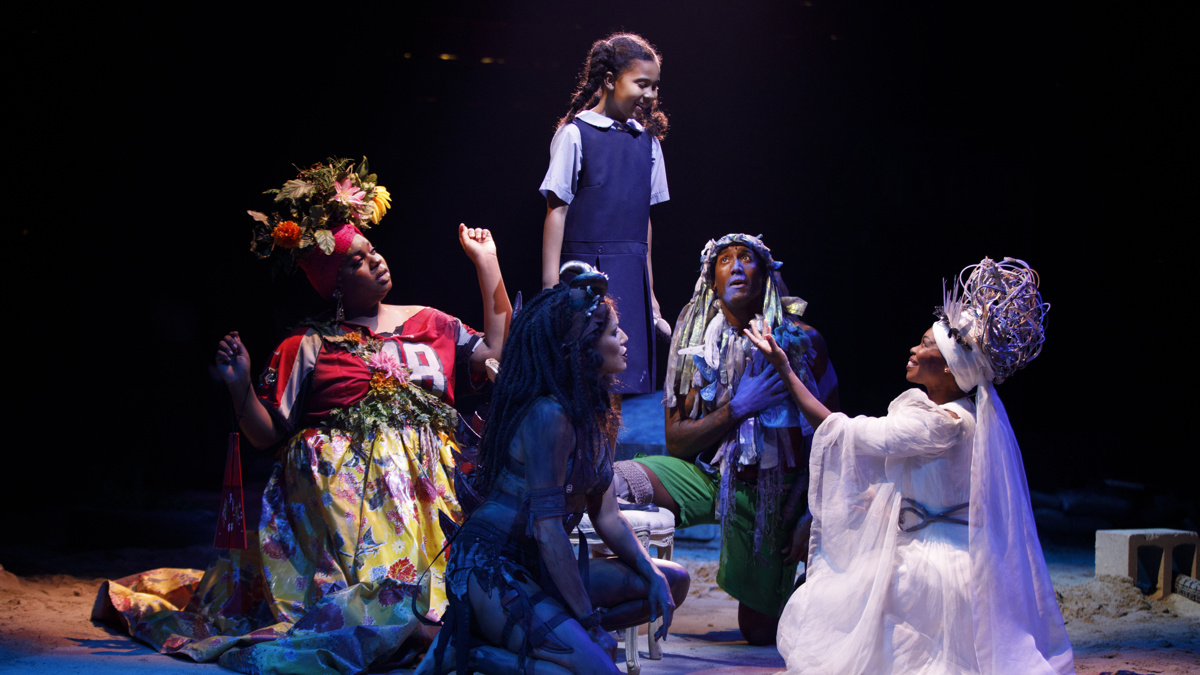 Disney+ Film Adaptation of Once On This Island in the Works

Once On This Island is being adapted into a movie for Disney+. Playwright Jocelyn Bioh, perhaps best known for School Girls; Or, The African Mean Girls Play, is set to pen the script for the film adaptation of Lynn Ahrens and Stephen Flaherty’s acclaimed 1990 musical, according to The Hollywood Reporter. Wanuri Kahiu is on board to direct the project. Unlike Hamilton‘s Disney+ premiere, Once On This Island will be a new live-action movie as opposed to a taped performance.

Based on the 1985 novel My Love, My Love; or, The Peasant Girl by Rosa Guy, the musical follows peasant girl Ti Moune as four gods (Mother of the Earth Asaka, God of Water Agwé, Goddess of Love Erzulie and Demon of Death Papa Ge) guide her through a test of her love against prejudice and hate.

It premiered off-Broadway at Playwrights Horizons in 1990 with a cast headlined by LaChanze. That production, directed by Graciela Daniela, transferred to Broadway, where it was nominated for eight Tony Awards. The most recent Broadway incarnation, directed by Michael Arden, won the 2018 Tony Award for Best Revival of a Musical.

Bioh received Lucille Lortel and Outer Critics Circle Awards for School Girls; Or, The African Mean Girls Play and has also penned Nollywood Dreams and the new musical Goddess. She has written for Netflix’s Russian Doll and She’s Gotta Have It. Kahiu’s credits include the award-winning From a Whisper, Pumzi, For Our Land and Rafiki.

Casting and a production timeline for Once On This Island will be announced later.