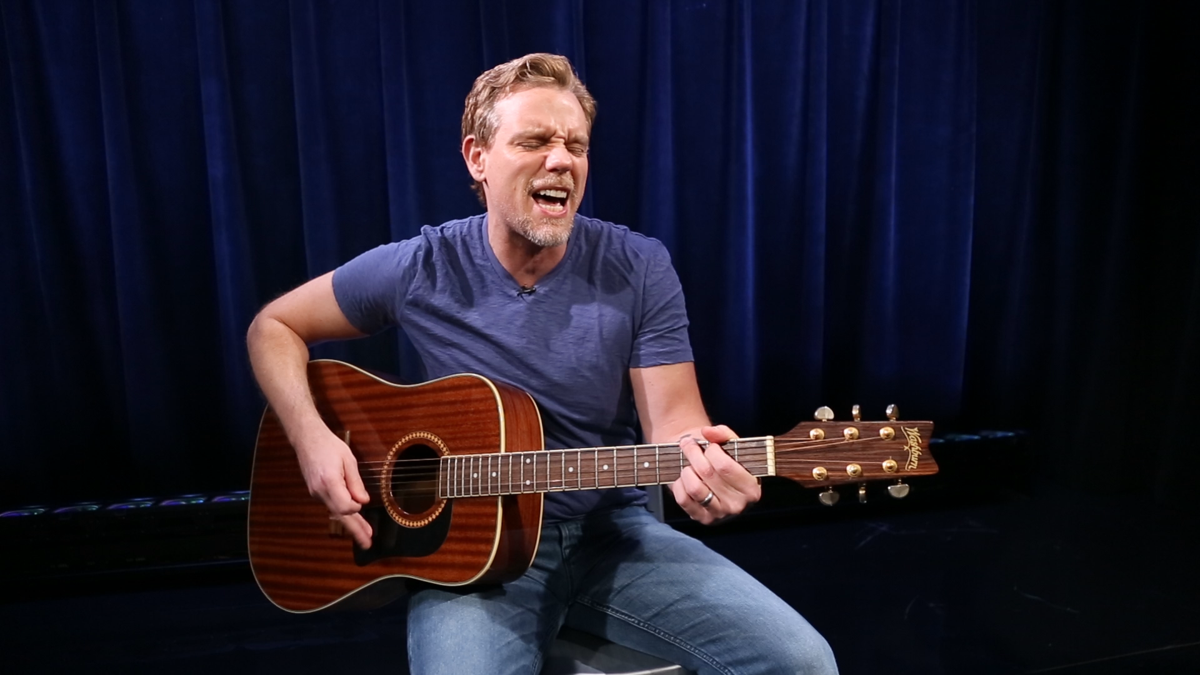 Watch Something Rotten!‘s Adam Pascal Perform ‘Hard to Be the Bard’

It may be hard to be the Bard, but dang does Something Rotten! star Adam Pascal make it look easy. The Broadway fave and Rent Tony nominee will complete the eggcellent tuner's Broadway run, which is set to end on January 1, 2017. But fear not: as previously announced, he will join current co-stars Rob McClure and Josh Grisetti on Rotten!'s national tour, which kicks off on January 17 in Boston. While you get hyped up to catch him on the Great White Way or in a city near you, check out BroadwayBox.com's Broadway Unplugged video of Pascal strumming out "Hard to Be the Bard." Delightfully different from our own "Hard to Be the Bard" music vid with Borle, Pascal proves that all he needs is an acoustic guitar and those signature golden pipes of his to rock hard. Check out the full performance below, and be sure to catch Pascal in his sexy stint at the St. James!