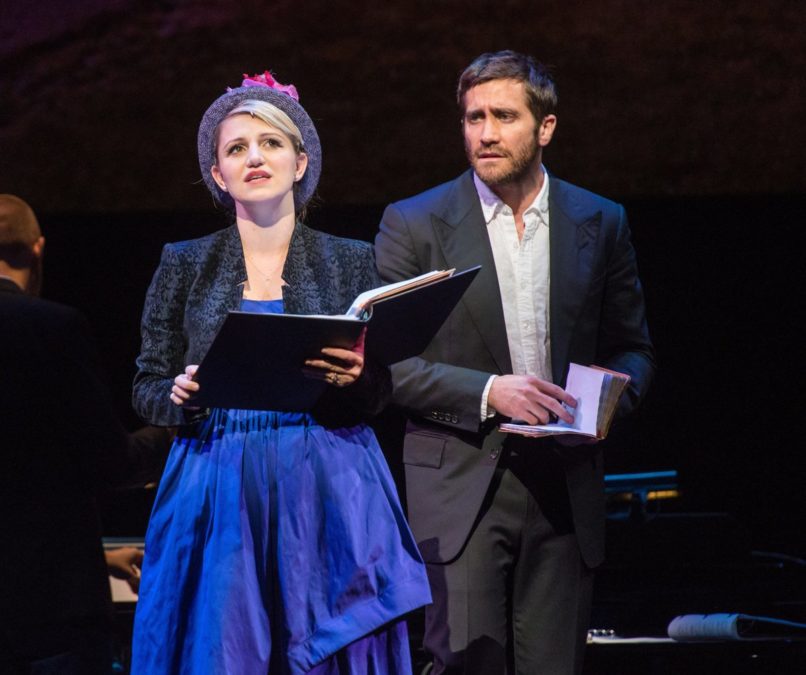 Jake Gyllenhaal and Annaleigh Ashford are going to give us more to see! After the sad news that Gyllenhaal wouldn't be reopening the Hudson Theatre with Burn This from February 2017, comes the happier announcement that the Oscar nominee will launch the venue by reprising his City Center performance in Sunday in the Park with George. Once again co-starring Tony winner Ashford, Stephen Sondheim and James Lapine’s classic tuner will play a limited engagement February 11, 2017 through April 23. Opening night is set for February 23 and tickets are now available to the production. Sarna Lapine directs.

Gyllenhaal made his Broadway debut in Constellations. Other theater credits include Little Shop of Horrors at City Center, If There Is I Haven’t Found It Yet off-Broadway and This Is Our Youth in the West End. His numerous screen credits include Brokeback Mountain, for which he received an Oscar nod, Prisoners, Enemy, Source Code and Nightcrawler.

Ashford won the Tony for You Can’t Take It With You. Additional Broadway performances include Sylvia, Kinky Boots, Wicked, Hair and Legally Blonde. She was a series regular on Masters of Sex and recently starred in The Rocky Horror Picture Show.

The Pulitzer Prize-winning musical Sunday in the Park with George follows painter Georges Seurat (Gyllenhaal) in the months leading up to the completion of his most famous painting, "A Sunday Afternoon on the Island of La Grande Jatte." Consumed by his need to “finish the hat,” Seurat alienates the French bourgeoisie, spurns his fellow artists, and neglects his lover Dot (Ashford), not realizing that his actions will reverberate over the next 100 years.

No word yet on further casting, but the fall concert performances included Tony nominees Carmen Cusack (Bright Star) as Yvonne, Tony nominee Zachary Levi (She Loves Me) as Jules, Tony winner Ruthie Ann Miles (The King and I) as Frieda, Tony winner Phylicia Rashad (A Raisin in the Sun) as Old Lady, Tony nominee Brooks Ashmanskas (Shuffle Along) as Mr., Tony nominee Phillip Boykin (The Gershwin’s Porgy and Bess) as Boatman, Tony winner Gabriel Ebert (Matilda) as Franz, Claybourne Elder (Bonnie and Clyde) as Soldier, Lisa Howard (It Shoulda Been You) as Nurse, Liz McCartney (Les Misérables) as Mrs., Solea Pfeiffer (West Side Story) as Celeste #1, Gabriella Pizzolo (Fun Home) as Louise and Tony nominee Lauren Worsham (A Gentleman's Guide to Love and Murder) as Celeste #2. The cast was rounded out by Max Chernin, Michael McElroy, Stephanie Jae Park and Jaime Rosenstein.

The Hudson Theatre, which played its last Broadway performance on April 20, 1968, has been undergoing a multi-million dollar project, restoring the landmark venue to its former glory as a Broadway playhouse. It is owned by Millennium & Copthorne Hotels PLC and operated by the Ambassador Theatre Group, which recently secured Harry Potter and the Cursed Child for their other Main Stem venue, the Lyric Theatre.