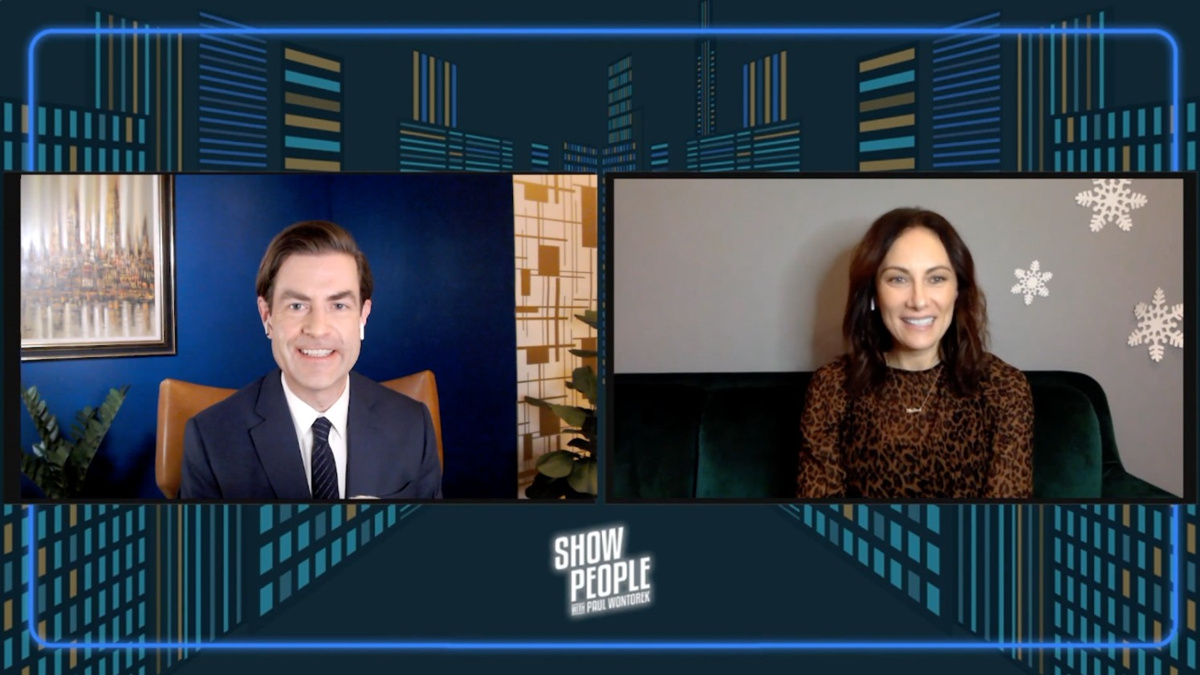 Laura Benanti is putting pandemic panic to good use. In addition to releasing the book M Is for Mama and Also Merlot: A Modern Moms Abcs and shooting both Younger and Gossip Girl, the Tony winner has put out a self-titled album and taken on the role of executive producer for HBO Max’s Homeschool Musical: Class of 2020.

“The way I deal with stress is to be proactive. It’s not, ‘Look at me! I’m amazing!'” Benanti said. “If I weren’t doing this, I would not be OK. For me, work and being of service through my work is how I function. With every single action that I take, I want to be putting good into the world.” On the latest episode of Show People, available now on Broadway.com, Editor-in-Chief Paul Wontorek spoke with Benanti about doing just that with her new projects.

What started as a tweet encouraging students to share theirschool performances with the hashtage #SunshineSongs as a result of productions being canceled due to COVID-19. The project has become a full-fledged documentary on HBO Max. “I hope that people watch with their families,” she said of Homeschool Musical, which features performances and stories from seven students whose musicals were canceled. “This generation of kids—I find them to be really, really inspiring. I feel like their generation takes a lot of flack. I’m very moved by them. When I watch these kids, I’m like, ‘We’re going to be OK.'”

Her self-titled album is also intended to sooth spirits. “I’ve been in this business since I was 18, and I’ve never done a studio album,” she said. Benanti’s hesitation came from her eclectic taste in music. Collaborating with producer Matt Pierson and arranger Gil Goldstein, Benanti was able to create a record that spans over 100 years worth of music but still sounds cohesive. “I’m really proud of it,” she said. “It feels like self-care to me in this time when our ears are constantly absorbing the tension of the times.”

Despite her success with several projects, Benanti considers Broadway to be her home. “I want to keep doing theater because I love it. It is the one place in the world where I feel like, ‘OK, I know what I’m doing here, and I know you, and I know you,'” she said. “It’s like when Dorothy comes back from the Emerald City, and she’s in Kansas. Broadway is my Kansas,”