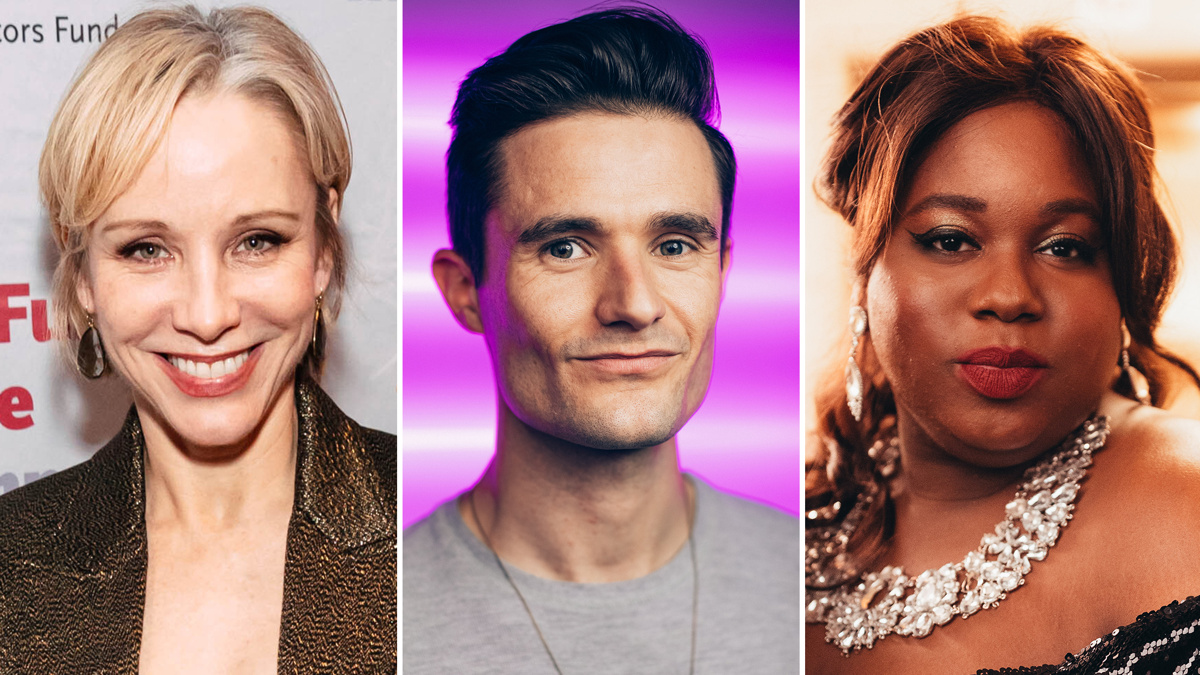 Here’s a quick roundup of stories you might have missed.

Broadway Stars Set for World Premiere of New Musical
A slew of stage stars are set to appear in the world premiere production of The Last Supper, a new musical based on the 1995 film of the same name. Charlotte d’Amboise, Mark Evans and Alex Newell lead the cast, which also features Pomme Koch, Megan Kane, Allan K. Washington, Wes Zurick, Josh Canfield, Jennifer Frankel and Alan Wiggins. With book, music and lyrics by Jeremy Desmon and Jeff Thomson, The Last Supper is about five liberal grad students sharing a house in a conservative college town who, in their efforts to save the world, host a collection of their neighbors for a friendly evening of dinner and discourse where things do not go well. Sheryl Kaller directs the production with choreography by Lorin Latarro. The Last Supper will premiere at South Orange Performing Arts Center on July 27 and run through August 7.

Watch First Trailer for Lyle, Lyle, Crocodile Musical Movie
Get a sneak peek at the new movie musical Lyle, Lyle, Crocodile. The live-action film is based on the best-selling book series by Bernard Waber and features original songs by Oscar, Grammy, Tony and Golden Globe Award-winning songwriting team Benj Pasek and Justin Paul. Featuring Shawn Mendes as the voice of Lyle, the movie also stars Constance Wu, Javier Bardem, Brett Gelman, Scoot McNairy, Winslow Fegley. The movie is directed and produced by Will Speck and Josh Gordon and features a screenplay by Will Davies. Check out the trailer below and be sure to see it when it arrives in theaters on October 7.

Guy Ritchie to Direct Live-Action Hercules Film
The previously announced live-action Hercules film has found its director. Guy Ritchie, who helmed Disney’s live-action Aladdin in 2019, has signed on to the project, according to Variety. Dave Callaham, the scribe behind The Expendables, Shang-Chi and the Legend of the Ten Rings, Spider-Man: Into the Spider-Verse 2 and Wonder Woman 1984, will write the script with Avengers: Endgame and Infinity War filmmakers Joe and Anthony Russo serving as producers. Ritchie’s other films include Sherlock Holmes, Sherlock Holmes: A Game of Shadows, King Arthur: Legend of the Sword and The Gentlemen. The story of Hercules is based on the legendary hero of Greek mythology, who was snatched as a baby by Hades and forced to live as half-man, half-god. As a teenager, he is required to perform a rite of passage on Earth to prove himself worthy of living with the gods on Mount Olympus. Disney’s 1997 animated film featured the voices of Tate Donovan and Josh Keaton as Hercules, James Woods as Hades, Danny DeVito as Philoctetes/Phil and Susan Egan as Megara. Tony winner Roger Bart provided the singing voice of Hercules. Tony winners Lillias White and LaChanze lent their voices as the Muses in the 1997 film. The movie had its first stage adaptation at the Delacorte Theater in Central Park in 2019 and will have a run at Paper Mill Playhouse in February 2023. More information on the live-action movie is to come.

Carol Burnett Tapped for Final Season of Better Call Saul
The legendary Carol Burnett will appear as a guest star in the sixth and final season of AMC’s popular Better Call Saul, according to Entertainment Weekly. Burnett, the multiple Tony, Emmy and Grammy-winning entertainer, has professed her love for the series and will play a character named Marion. The first of the final six episodes of the series will premiere on July 11. Better Call Saul is a crime drama that is spin-off, prequel and a sequel to Breaking Bad. It stars Bob Odenkirk, Jonathan Banks, Rhea Seehorn, Patrick Fabian, Michael Mando, Michael McKean, Giancarlo Esposito and Tony Dalton.