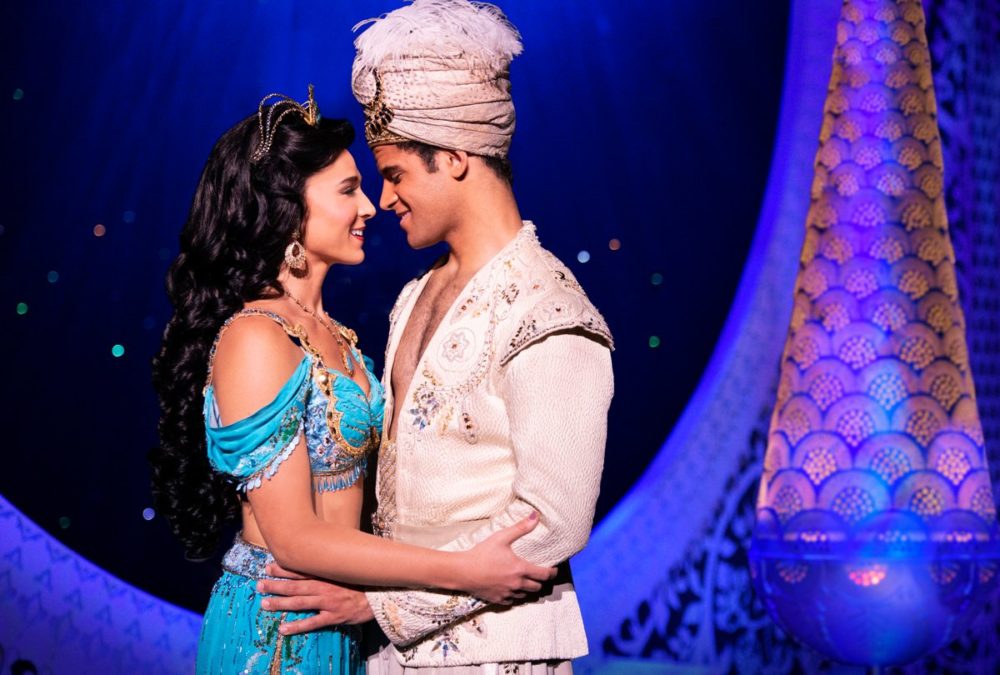 One Jump Ahead! Tickets Now On Sale for the Tour of Disney’s Aladdin in Boston

Let them share this whole new world with you! Tickets are now on sale for the national tour of Aladdin in Boston. Disney's blockbuster Broadway musical, starring Clinton Greenspan as Aladdin and Lissa deGuzman as Jasmine, will play the Boston Opera House from July 5 through August 5, 2018.

In addition to Greenspan and deGuzman, the cast of the Aladdin tour includes Michael James Scott as the Genie, Jonathan Weir as Jafar, Jerald Vincent as the Sultan, Jay Paranada as Iago, Jed Feder as Kassim, Philippe Arroyo as Omar and Zach Bencal as Babkak.

Adapted from the 1992 Disney animated film, Aladdin is the story of a street urchin who uses the help of a magic Genie to win the heart of Princess Jasmine. Directed and choreographed by Casey Nicholaw, the production features a book by Chad Beguelin, music by Alan Menken and lyrics by Tim Rice, Beguelin and the late Howard Ashman.

Aladdin is currently running on Broadway at the New Amsterdam Theatre. The production officially opened on March 20, 2014, and was nominated for five 2014 Tony Awards, including Best Musical, Best Original Score and Best Choreography.

Don't you dare close your eyes; get your tickets to see Disney's Aladdin today!