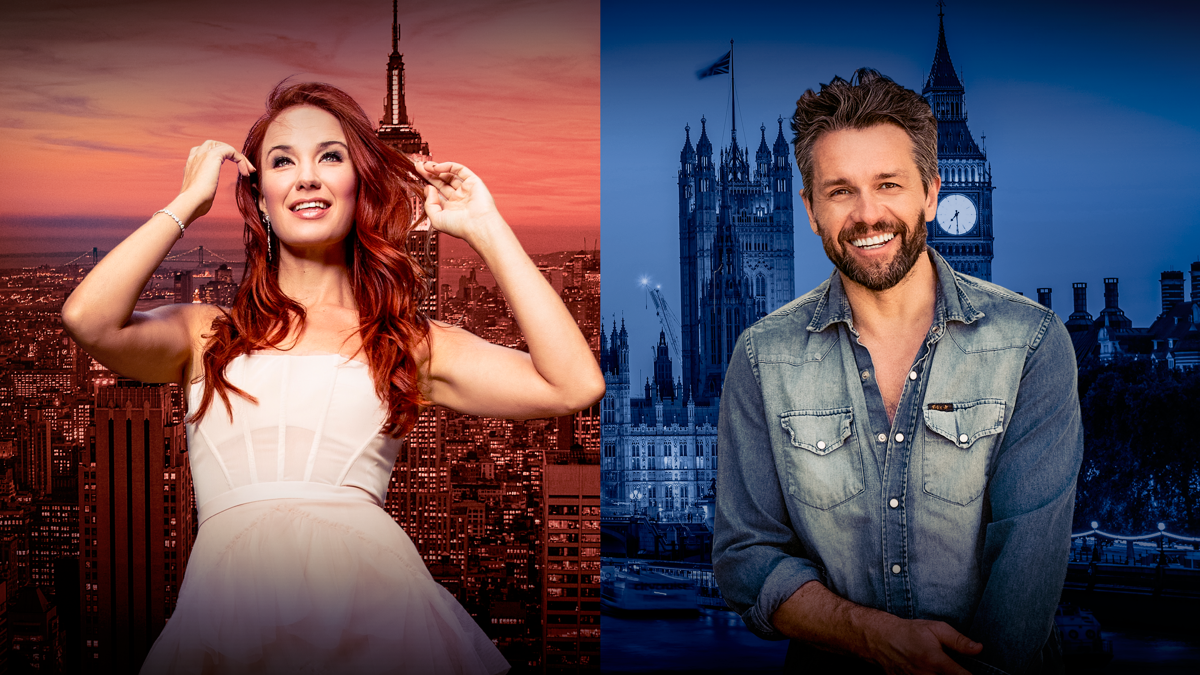 Broadway and West End stars Sierra Boggess and Julian Ovenden have released the duet record Together at a Distance. Broadway.com Editor-in-Chief Paul Wontorek sat down with them at the Civilian Hotel on the newest episode of The Broadway Show to talk about their longtime friendship and collaborating in quarantine.

The two have been friends since 2010. “We met in London. I was doing Love Never Dies,” Boggess said. British orchestral conductor John Wilson united them for a concert at the Royal Albert Hall that year. Since then, Boggess and Ovenden have always dreamed of creating an album together. Finding the time to do so was tricky—until the pandemic.

“I think as actors or performers, the first few months [of the pandemic] were like, ‘Oh, it’s actually quite nice to have a rest’ or ‘Let’s just enjoy being at home with a family,'” Ovenden said. “Then came the time of ‘I need to do something. I need to get out. I need to express myself.'”

Watch Boggess and Ovenden describe their creative process in the interview below, and head here to check your local listings for The Broadway Show. Hosted by Emmy-winning anchor Tamsen Fadal, it is the only nationally syndicated weekly theater news program.