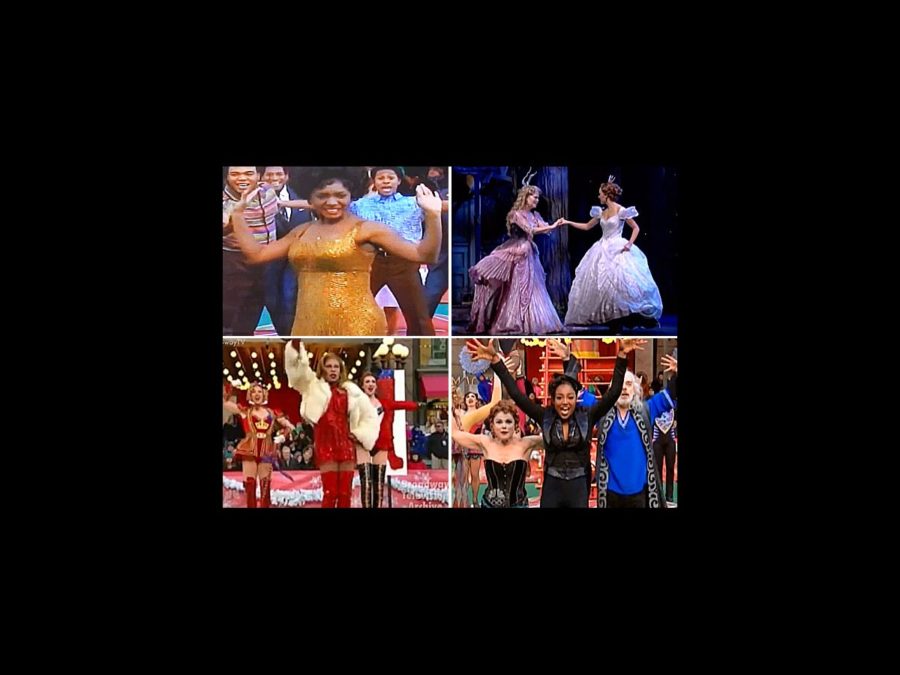 Watch the Casts of Motown, Cinderella, Pippin and More Perform at the Macy’s Thanksgiving Day Parade


Broadway hits came out blazing during the Macy’s Thanksgiving Day Parade, despite the fierce winds. It was a memorable event, with the casts of Cinderella waltzing, Pippin flying and Kinky Boots strutting. In case you missed the dazzling performances (or just want to see them again!), we’ve rounded them up for you. Check out the videos below, then see these shows on tour during the 2014-2015 season!

Motown the Musical puts some of the greatest hits ever recorded front and center as the show tells the story of Berry Gordy and how his record empire came to be. The talented cast, featuring Brandon Victor Dixon (Gordy), Felicia Boswell (Diana Ross) and Saycon Sengbloh (Martha Reeves), brought holiday spirit to “Get Ready” and “Dancing in the Streets.”

Laura Osnes and Rebecca Luker prove that anything is possible in this performance from Rodgers and Hammerstein’s Cinderella. Singing “Impossible,” check out Osnes’ blink-and-you-miss-it transformation from rags to ball gown glamour, not to mention Luker flying across the stage as Ella’s fairy godmother.

The cast of Kinky Boots really made a fashion statement during their high-energy performance of “Raise You Up/Just Be.” The Tony-winning Best Musical, which features a score by Cyndi Lauper and book from Harvey Fierstein, tells the story of a fledgling shoe factory that thrives from an unlikely partnership. Tony winner Billy Porter (Lola) and Tony nominee Stark Sands (Charlie) warm hearts with their onstage chemistry.

Just like Santa and his elves, the cast of Pippin had magic to do at the Thanksgiving Day Parade. The acrobatic stars of the Tony-winning revival began with “Corner of the Sky,” featuring title star Matthew James Thomas, and swung right into “Magic To Do,” with Tony winner Patina Miller as Leading Player. Thanks for making it the most magical Thanksgiving ever, everyone!