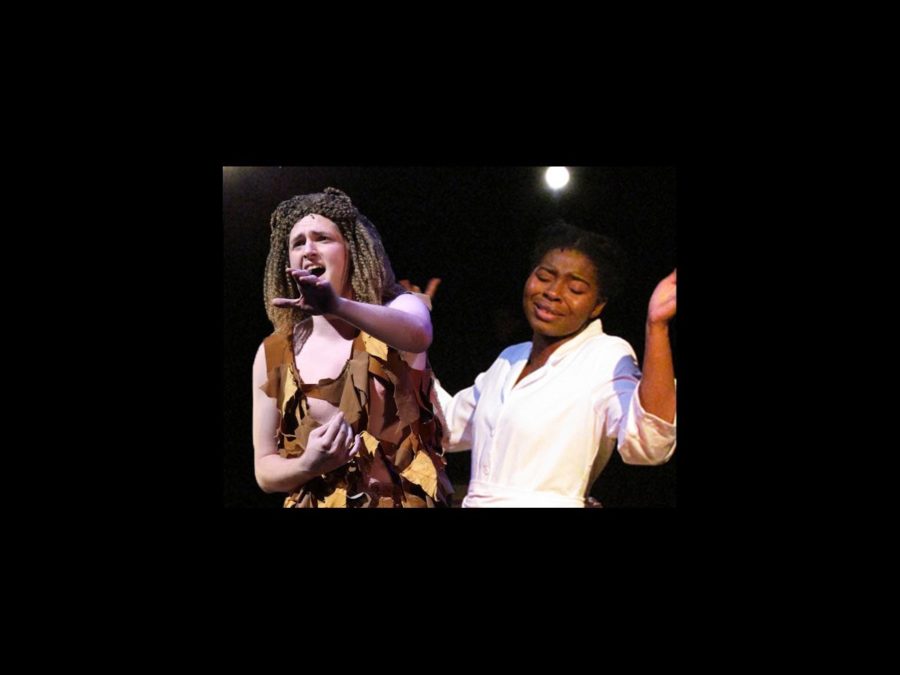 These Six High Schoolers Nailed It at the 2015 Jimmy Awards

Our favorite day of the year (well, besides the Tony Awards) was worth the wait: The seventh annual National High School Musical Theatre Awards, also known as the Jimmy Awards, took place on June 29 at Broadway’s Minskoff Theatre. 52 talented students from around the country took the stage to showcase the roles that had already won them local awards. If their extreme passion for musical theater doesn’t warm your heart, the ample belting will. Take a look below at six powerhouse performers who wowed us at the ceremony: winners Marla Louissaint and Anthony Skillman, plus the four runners-up. Look out for these names on future Broadway marquees!


Marla Louissaint
The Beacon School (New York, NY)
Before the show started, we combed through the list of contenders and their respective roles. One in particular stood out: Caroline of Caroline, Or Change. The part is, as Louissaint said in her acceptance speech, is “a beast.” But the recent high school grad took hold of the heavy material, and when she sang the lyrics “39 and still a maid” with high schoolers playing Mary Poppins on each side, no one thought twice. For her solo, she again demonstrated her grasp on complex characters with The Color Purple’s “I’m Here.” And there she was, head up, shoulder back, looking us straight in the eye and singing out.


Anthony Skillman
Orange Lutheran High School (Mission Viejo, CA)
In the first act, he hopped around the stage as Tarzan. Then, as a finalist, he stood tall as Parade’s Frankie with a fiery delivery of “It Don’t Make Sense.” In both, he gave us a story with very little context to rely on. Two very different performances from one exceptionally talented young actor. Here he is performing a medley of Pippin’s “Corner of the Sky,” “Fly Me to the Moon” and Spring Awakening’s “Left Behind.” Lots of belting; lots of falsetto. Skillman showed true diversity between playing a jungle denizen or a Civil War-era avenging teen.


Alec Michael Ryan
Klein Oak High School (Houston, TX)
Ryan may or may not have stolen his voice from a 38-year-old baritone. Has anyone checked in on Steven Pasquale lately? Ryan showed off his comic timing in a medley, by responding to Javert’s (um, spoiler alert) suicide with some wise words from Dirty Rotten Scoundrels: “It’s important to be artful in your exit.” He gave us charm and smarm as Laurence, but it wasn’t until his finalist solo, “Who I’d Be” from Shrek, that he was fully able to let out his developed vocals. Taking on the paternal role of Dan in Next to Normal, as shown above, doesn’t even seem like a stretch.


Morgan Higgins
St. Margaret’s Episcopal School (Mission Viejo, CA)
Higgins earned her spot as a finalist for her performance as Eponine, but that clearly wasn’t the start of her Les Miserables journey. Take a look at her “I Dreamed a Dream.” Sure, it’s nearly three years old, but even then she sported a gorgeous mix. Now, after wowing audiences nationwide on Rising Star, she’s returned to musical theater. Only this time, she’s on the Broadway stage. For her solo, Higgins belted up a storm as a particularly spunky Grace, singing the Pirate Queen anthem “Woman.” Oh, and did we mention her belt?


Marnie Quick
Pittsburgh Barack Obama Academy (Pittsburgh, PA)
Quick is no stranger to the Jimmy Awards, having competed last year as a sophomore for her Gene Kelly Award-winning performance as the Tinman in The Wiz. You read that correctly; check it out above. She returned this year for her performance in SHOUT! The Mod Musical, and in the first act, she served up a fun, sassy take on the ‘60s tune “Wishin’ and Hopin’.” It earned her a spot in the finals, in which she took a sharp left turn with the emotional “With You” from Ghost. We have no idea what she’ll do next, but whatever it is, we’re confident she’ll nail it.


Drayton Maclean Mayers
Germantown High School (Memphis, TN)
Mayers had the unusual challenge of performing in a medley with two other actors there for the same role: Edward Bloom in Big Fish. Like Quick, he had competed last year (in a dress, mind you, as Hairspray’s Edna). But this time around, he was the hero of his story in a memorable performance. He brought things down a notc with “Beautiful City” from Godspell in the second act, proving that whether given an upbeat or a ballad, he has no trouble captivating audiences with his sincerity. So it was no surprise when he was awarded the special Spirit of the Jimmy Awards trophy.